'Has anyone found a 3.5 mm adapter cable to mini usb port that works with the Osmo Action? I have a microphone that I want to connect to see if it's better (more directional) than the built in one.
Thanks.

There isn't one, DJI will probably release a dedicated adapter that only works with this version of Osmo Action and there will likely be a firmware update related to it.
At present I don't think the port is enabled to accept an audio signal of any kind.
The workaround is a separate recorder such as zoom, it is annoying.
Expand signature
www.youtube.com/FlightsofFour
MavicPilots custom search - goo.gl/Q1TfGx

RedSoxFan42 said:
'Has anyone found a 3.5 mm adapter cable to mini usb port that works with the Osmo Action? I have a microphone that I want to connect to see if it's better (more directional) than the built in one.
Thanks.
Click to expand...

They will probably never release it for the public. Tell you why.
This German vlogger had it already months ago and reviewed. It was NOT the pocket adapter, it was designed by dji for the Action. This means the product exists and works.
Why we can't find it available?
Osmo Action gave a humongous azz kick to Osmo Pocket in the vlogging segment, simply because it's more versatile and easier to use, let alone the quality of the image and stabilizer are great.
Osmo Pocket on the other hand is a flimsy piece of money making crap that you can only use properly if you buy a ton of other stuffs. (wifi adapter, phone adapter, mic adapter etc) It has less than desirable FOV for vlogging yet DJI wants to push it to that segment, indicated by the availability of the mic adapter and introduction of better face track and improved focus. Also (to remain competitive against the Action) they released the dive housing for the Pocket, not very long after the release of the Action.

DJI is becoming a marketing disaster with manipulative tactics to squeeze most out of their design failures, too. Pocket is a design failure from the usability point of view, only advantage is the tiny size.
So I don't expect a mic adapter available for Action until Gopro comes out with a new model WITH EXTERNAL MIC port. That's when we will have the mic adapter.
They completely ignore customer needs and focus solely on money making.
I can't wait to see the new Gopro and perhaps I'll switch to it if they will include stuff that customers need.
Having said all that, I used to be a dji fan boy, I have mavic2, pocket and action. But their greed is getting annoying.
Reactions: rwarton
N

According to DJI's own website it is already possible to connect a third party microphone using a USB-C to 3.5mm adapter. But they don't have a DJI branded one listed in the accessories page. I don't know which one will actually work, I've seen a lot of videos where third party adapters don't work. So it still remains which one does work ???. That's the million dollar Question.
Reactions: digiteye

None of them work, DJI forum staff helpfully suggest to check the online shop regularly, it has been "coming soon" since May.
To be fair the audio without an external mic is not bad but unusable if you have it helmet mounted for example.
Expand signature
www.youtube.com/FlightsofFour
MavicPilots custom search - goo.gl/Q1TfGx
Reactions: digiteye

There are a few other occasions when it's unusable. One being wind, the other is any noise in the environment. It picks them up nicely from any direction.

4wd said:
None of them work, DJI forum staff helpfully suggest to check the online shop regularly, it has been "coming soon" since May.
To be fair the audio without an external mic is not bad but unusable if you have it helmet mounted for example.
Click to expand...

Finally some kind of info - but don't hold your breath

Please, DJI dev team, give us an update on the Mic adaptor

Come on DJI dev team, we're all getting pretty desperate here. We're not asking for much, just an update, an ETA, something. Not the usual response from the support team as they don't know either. Just give us a rough estimate when the Mic adaptor will be available. Treat your loyal... 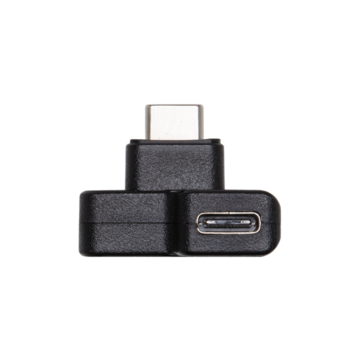 They've release this today, but suspect there will be a firmware update before it works.
Although expensive it allows charging and can be left in place for data transfer which is good.
If not in a rush a 3rd party versions might be less chunky.
I would have preferred the USB outlet at the top or bottom (reversible?)
Expand signature
www.youtube.com/FlightsofFour
MavicPilots custom search - goo.gl/Q1TfGx

I have the Cynova despite some misgivings about sound quality I think technically it's not bad and we might expect a firmware update to at least slightly improve things.
It fits very neatly against the camera provided you use the original case or one from PGYtech.
What grates is the outrageous cost for such a small item which really ought to have been included when you buy it.
I'd be more than happy to have a camera 10mm wider and have a proper sound input built in.
Some sound experts are complaining bitterly about poor performance even with a top quality mic plugged in - it isn't good, but most users will barely notice most of the time.

You can leave it plugged in pretty much all the time as it can charge and download data through the USB-C and if you pull the external mic out it reverts to onboard sound without taking the adapter out.
It's a nice feature that both front and back screens show an icon for mic attached and it indicates sound being received.
You do have to be sure your mic input plug is fully home (I had a minor panic when it wasn't ...

After a recent firmware update audio quality through the adapter has definitely improved,.
Compared to the gopro audio adapter it's pretty neat to the point you can generally leave it in all the time and almost forget it's there (bear in mind not waterproof with it installed!)
There is a thin rubber 'washer' where the adapter plugs into the camera, it can become partially detached and bundle up, this stops the adaptor pushing in far enough - if it can't be flattened out removing it is an option.
If you are wanting to use it with a crash helmet and microphone inside you are probably going to find the automatic levels gain is set on the high side - it will tend to clip but it is still usable, result will depend on the mic used.
Expand signature
www.youtube.com/FlightsofFour
MavicPilots custom search - goo.gl/Q1TfGx
Log in or register to join the discussion