Lost Spark over water, Find my drone says it landed on dry land.

Hi.
I hope it is ok to post on this forum about my Spark.
Originally posted on a Spark forum, but I got a message saying I should try this forum.

I am helping my son to find MY Spark drone.
He was flying over water to test a range extender, when suddenly all types of warnings appeared on his android phone. (Huawei 10 lite)
Flight record show that the drone disappeared over the lake with zero speed, Find my drone place the drone on dry land. What is correct? Is there a possibility that the drone is on dry land somewhere? We have searched at that spot, but with no luck.
Flightlog is attached.
Screenshot from Find my drone app attached
Link to Flightlog : DJI Flight Log Viewer - PhantomHelp.com

I hope someone can help us

Thank you for your help.

The log ends while the drone is in the air.
But the latest recorded point is here:

Templar 74 said:
...Find my drone place the drone on dry land. What is correct? Is there a possibility that the drone is on dry land somewhere? We have searched at that spot, but with no luck.
Click to expand...

Your Spark lost connection for the last time still being up on 161,3m height ... it was then in ATTI mode which means that the Spark didn't have any horizontal position hold at all, it was just drifting with what ever affected it ... like the wind. This also meant that your Spark didn't have any possibility to RTH as it didn't knew where it was & where the HP was located (the flight controller didn't trust the position that the GPS provided = navhHealth 0).

Looking at the telemetry data there in the end from just before the first longer disconnect show this if depicted in a chart ...

(Click on the chart to make it larger, values in the legend below is from where the chart marker is just there in the end)

As seen there in the end of the log ... the Spark is in ATTI mode, slightly drifting at 161,3m height with an average speed of 1-1,5m/s. Still 17 satellites locked but the navHealth is 0... no stick inputs was made at all there in the end, the last command was made at 292sec into the flight & then only with the throttle to gain altitude.

So ... your Spark would have continued to drift with the wind until the battery was enough low for the low battery auto landing to kick in ... with 53% battery left it would have taken a while. Your Spark is nowhere near the last recorded position in "Find my drone" unfortunately.

This was the winds during the flight ... the Spark drifted nicely with the wind there in the end (in the direction of the drawn red arrow)

So why did the Spark fell back to ATTI mode ..?

Looking into & comparing the GPS speed with the IMU speed show this over the complete flight ...

The difference in speed should usually be very close to 0m/s ... but as you see something happens there 49sec into the flight. The deviation grows quickly & goes back close to zero after a while ... & this repeats then several times. After the first major disconnect the speed deviations again grow & eventually the flight controller gives up & reverts to ATTI mode (Brownish background color there in the right side of the chart).

Larger deviation in these speeds usually indicate either a yaw error due to a power on of the craft in a magnetic disturbed area ... or a failing IMU. In this incident I believe it is a failing IMU ... this as the other reason would have shown up much earlier in the flight with a quick flyaway situation in a straight or curved path as soon as something (wind) would have affected it.
Reactions: Yaros and Zonian
M

Templar 74 said:
Find my drone place the drone on dry land. What is correct? Is there a possibility that the drone is on dry land somewhere?
Click to expand...

B
Mavic air 2 lost signal above water and fog

LOSS of CONTROL OVER WATER **EXPLAINED**

Mavic 2 lands in the Water : Rescue Jacket saves the Drone. 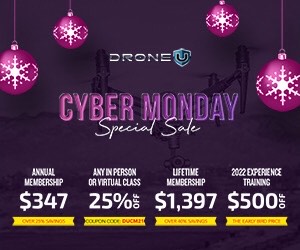