Is using your smart phone as controller safe?

Hey peeps!
I´d like to start a discussion about the wifi-feature of the DJI Mavic. We can probably all agree that using the transmitter is the best option in most situations. However, the use of your smart phone only can be an interesting alternative in some situations. Imagine going for a longer hike, and you want to minimize the space and weight in your backback as much as possible. For that single shot on the top of the mountain, the wifi range may be enough to meet your needs.

But than I raise the question: Can we trust the smartphone enough to take off on a mountain top, using only that? On how many occasions haven´t the smartphones (especially the Iphone) died at over 50 % battery left? What if that happens while flying, using that as the main transmitter? Let´s hope you actually remembered switching from the hover function to the RTH function (if you forgot that in this situation, I guess you´re f*****d). The aircraft will hopefully return back to you. BUT the mountain top you´re standing on don´t have the perfect landing ground, so the aircraft don´t find any suitable place to land. Or even worse, you´re standing on such a small platform, that the gps misses by a meter or two, and it lowers to a point beneath the mountain top. Hopefully, you´d be able to hand catch it, but we all know that isn´t allways as easy, in every situation, in every environment.

Personally, I don´t think I´ll be able to trust my iphone enough to use it as the main transmitter. What do you guys think?

Cmon man, the transmitter isn't t that much extra weight. Why even risk it.?

JoshuaCarlton said:
Cmon man, the transmitter isn't t that much extra weight. Why even risk it.?
Click to expand...

You´re absolutely right. However, since the feature is there, I think it´s worth discussing the safety of using it. And if you have a stuffed backback with a tiny space for just your drone, you might considering leaving the remote - a rare occasion, but still a possibility.

I'd personally leave behind that Clif Bar or sunglasses case and bring the transmitter!

Great thread. I agreed with carrying as little as possible on vacations. If the function is there the designers want you to use it. I'm not agreeing to be their guinea pig but it's supposed to work, right? I will try to document sometime this weekend. Would like to see others here make a quick Video of their attempts.
Reactions: Kennetf

A
Proof of Concept - Connecting to WiFi Drone through 4G 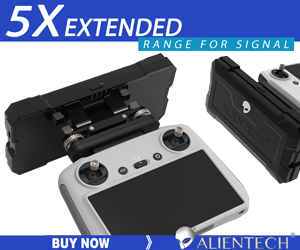